Ever since I’ve been an Xterra racer, I’ve always been envious of the fast swimmers. They are up at the front on the race, in control, and know what’s going on and likely what position they are in. Fast swimmers get to head out onto the single track first without any traffic and simply have to charge forward on the wide open trail to hold off as many people as they can for the rest of the race. Racing from the front or chasing from behind? Which is more motivating? I suppose it depends on how you rise to the occasion of whichever race scenario you find yourself in….

Unfortunately for me my first two Xterra races of the season have been long, solo efforts of chasing from behind. While I’ve certainly tried my best to hang on, the ever-increasing swim speeds of the majority of the pack in Xterra are tough. Its my own fault when I lose the front pack and the challenge of catching back up begins. In the last race in Alabama on May 17th I chased all day and gave it my best effort with the 2nd fastest run split but unfortunately didn’t close any gaps so 6th again it was. It was an eventful race with colder than ever temps (14 degrees C!!) in the usually hot and humid south, along with a massive, dark rain storm that left my hands and feet numb and I bounced down blood rock on my bike and tried to get the circulation going again. After one really hard crash on my right knee, which I still can’t kneel on without pain, it was still overall a fun day. But I was missing the real racing battles that I love.

Xterra Bama Mountain Bike – thanks to Trey Garmin for the pic

A few weeks before the Xterra SouthEast Champs I flew down to Prescott, AZ for the last weekend of April to have a go at the Whiskey 50 mountain bike race. (thanks to my brother for lending me some Aeroplan points for my birthday weekend, and for my Luna teammate Katerina for letting me crash in her hotel room). The event started out with a road criterium on the Friday night. After not racing a crit or a short track race in at least 5 years, and on the verge of turning 39 I was a little nervous about whether I have any fast twitch left in my legs. Feeling extra sluggish with a small head cold, I chugged a few shots of espresso before the race and hoped for the best. When I heard “first lap prime” on the start line, with all systems firing with caffeine, I just went for it up the first hill. Unfortunately after the descent I only came across the first lap line in 3rd, and then realized I had to go up the hill about 9 more times – ouch! I regrouped enough to hang it for 8th but it was a lung and leg busting, post-race cough attack inducing race! 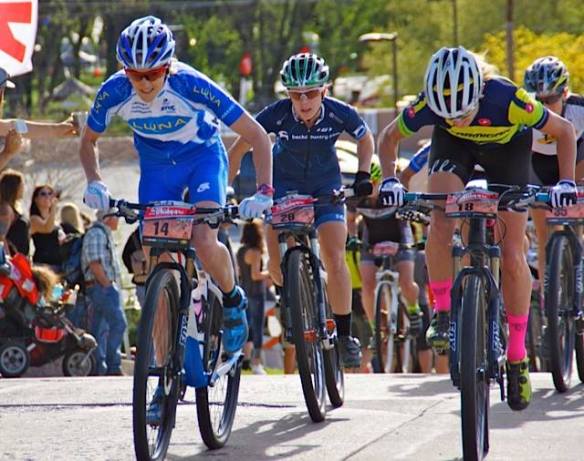 Leading out the crit at Whiskey 50 with a “well this isn’t too bad smile” before the pain hit the next lap.

The Sunday 50-mile mountain bike race was great too, after snow (incredible freak weather) the day before for the poor amateurs, the single track was in mint condition for the Pro races. After hanging with Erica Tingey and Rebecca Dussault in the mom-pack for a bit, it was time to work up the massive long climb. I bridged up to 3-4 girls on the climb and went kamikaze on the last long descent before hitting the road home and pinning it as fast as I could with Heidi Rentz hot on my heels after the last single track to roll in for 9th place. 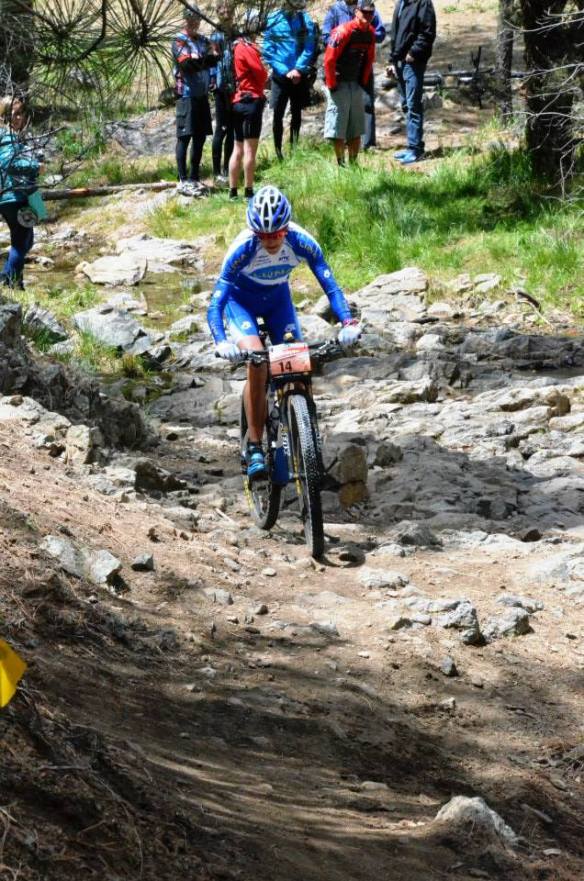 A week after Alabama, I enjoyed the luxury of a local race, the Oak Bay Half Marathon. Being Victoria, the land of many fast runners, I was hoping for some good company. Unfortunately once the race was underway, Marilyn Arsenault was off the front and my good training buddy, Clare was behind me, and so it stayed for the rest of the race, I was stuck in no (wo)man’s land with no guys either! But a fun test to keep charging and on a slightly hilly but scenic ocean side course I finished the day a few minutes off my best in 1:21:23 for 2nd female, and 5th overall – and then couldn’t walk for a few days.

And most recently was the Island Cup mountain bike finals in Campbell River, B.C., 45 minutes north of my hometown of Courtenay. When I saw super fast mom of two, Carey Mark, on the line I knew it would be tough day. I got to the first single track in front of her but by the end of 1 lap she was still on my tail. She went by and I was looking forward to following her for a bit but unfortunately she took a slight wrong turn and I was back in front. That’s where I stayed, putting as much power in to my pedals as I could to break away and trying to stay smooth over the rocky, baby head descents on my hard tail, rough stuff! And after approximately 1h45 of racing Carey sling shotted around me for the win! The last time we raced I beat her by 1 second! Now that was a race! 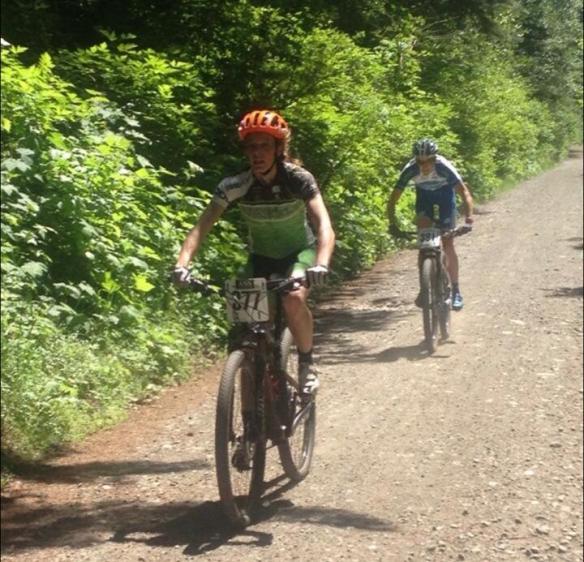 Chatting randomly after the race about cyclocross, Carey said, “You should do it, you’d be good with your aggressiveness.” Me? Aggressive? I had to chuckle. But it made me think, I have always raced my best, running on the track, short track, mountain bike, and triathlon, when in a head to head, even body contacting battle! And maybe that is why I will likely never do an Ironman. After dabbling in some 70.3’s the last few years, I returned my Tri bike this year. While some thrive on it, long solo efforts are not fun racing for me. As I head to Richmond, VA for the next Xterra next weekend I hope for the luck of a good battle, another female Pro or otherwise! Either way, it is the race with some of the best mountain bike trails in the series so it will be fun regardless!

Bottom line: No matter how big or small, A-race or not, if you find yourself in a great race within a race, seize the opportunity to bring out your best! And if you like those long solo efforts, all the better too – maybe something like an Ironman or Ultrarunning etc is your thing – knowing your racing personality helps a bit too!